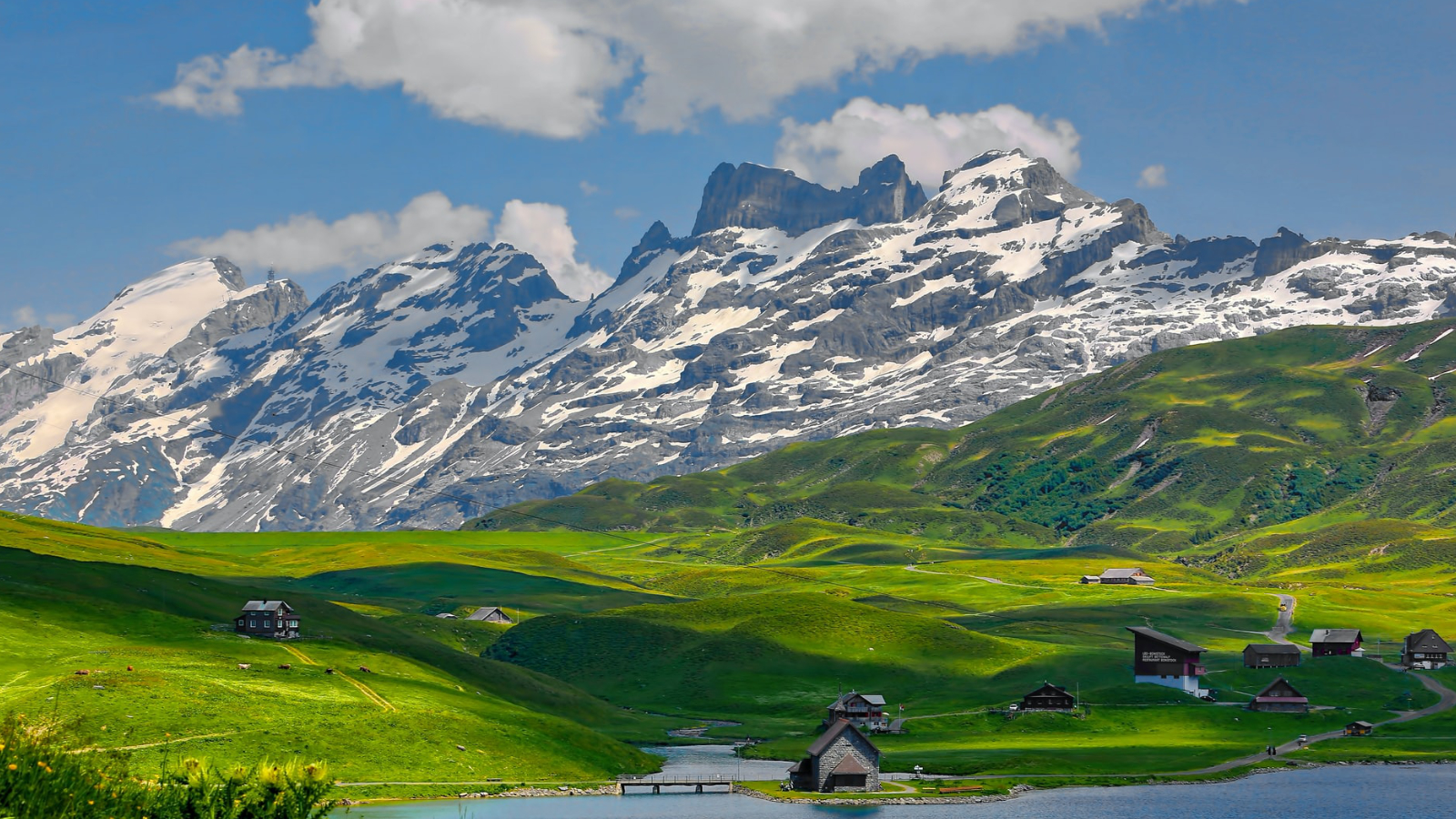 I first met Benjamin Holt in November 2020 in clinic in Dorset. He is a 76-year-old gentleman who is physiologically and psychologically much younger. He divides his time between Switzerland and Dorset to indulge his great passions in the mountains.

He had injured his ankle in a minor fall in Verbier in the July and never really recovered. He hobbled into clinic with a clearly weakened leg. From his story I suspected he may have ruptured his Achilles tendon. When he lay on the examination couch, face down, the position of his left foot compared to the normal right side confirmed my suspicions.

With Mr Holt lying on his front the back of his ankles look very asymmetrical. On the right the outline of the Achilles tendon is visible as is some of the sole of the foot. On the left, in contrast, it is not possible to see the outline of the Achilles as it has ruptured. Also the sole of the foot is not visible as the tendon is not pulling the heel up.

He had already had an MRI scan that had been reported as demonstrating a partial tear. This interpretation of the scans is very common in acute and chronic injuries. In acute injuries this occurs because the two ends of the tendon separate into their individual collagen fibrils and look like a horses tail. There is always some overlap suggesting an incomplete injury. In the chronic situation, such as this, the tendon is usually trying to heal but in a lengthened non-functional position. This results in pain, a weak calf muscle and difficulty walking. 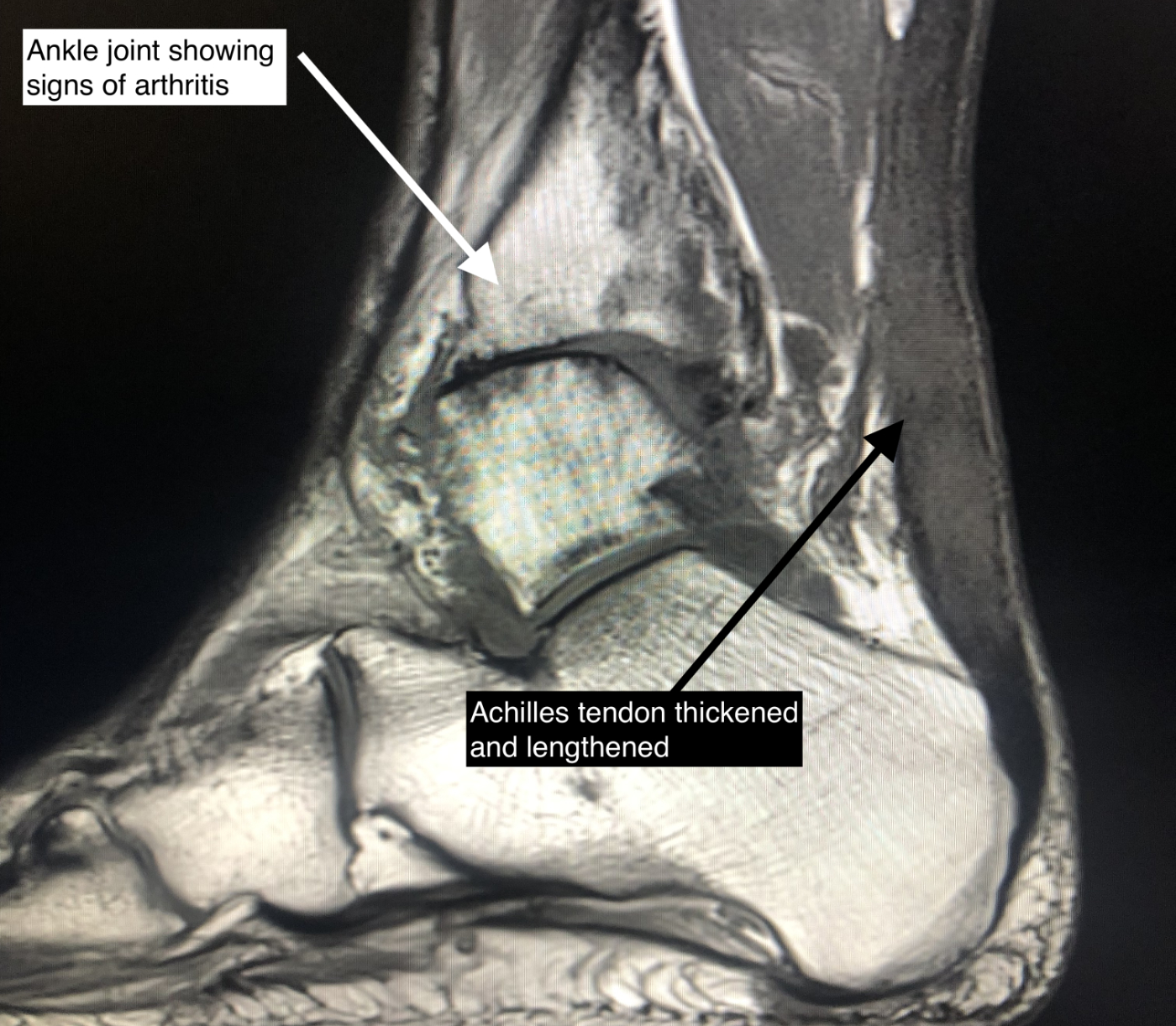 We discussed the various options available to us. Rarely, in this situation, if the patient is very elderly, low demand or the tendon has healed in an only slightly lengthened position physiotherapy can refunction the muscle and tendon enough. Clearly this wasn’t going to be the case for Mr Holt. We therefore scheduled him for surgery to shorten and repair the tendon and augment the repair with a tendon transfer if needed. Tendon transfers involve moving a tendon from one bone to another to change its function. Fortunately, we have spare motor units (muscles and tendons) around our bodies that can be very useful in situations such as these.

Surgery went ahead on the 20th November and fortunately his tendon was of good enough quality that shortening and repair were all that was required. He didn’t need a tendon transfer which was good news, and the procedure went well. I encouraged him to keep his leg elevated for the first 2 weeks after surgery and the wound healed well. He then worked hard at physiotherapy and achieved a fantastic result. 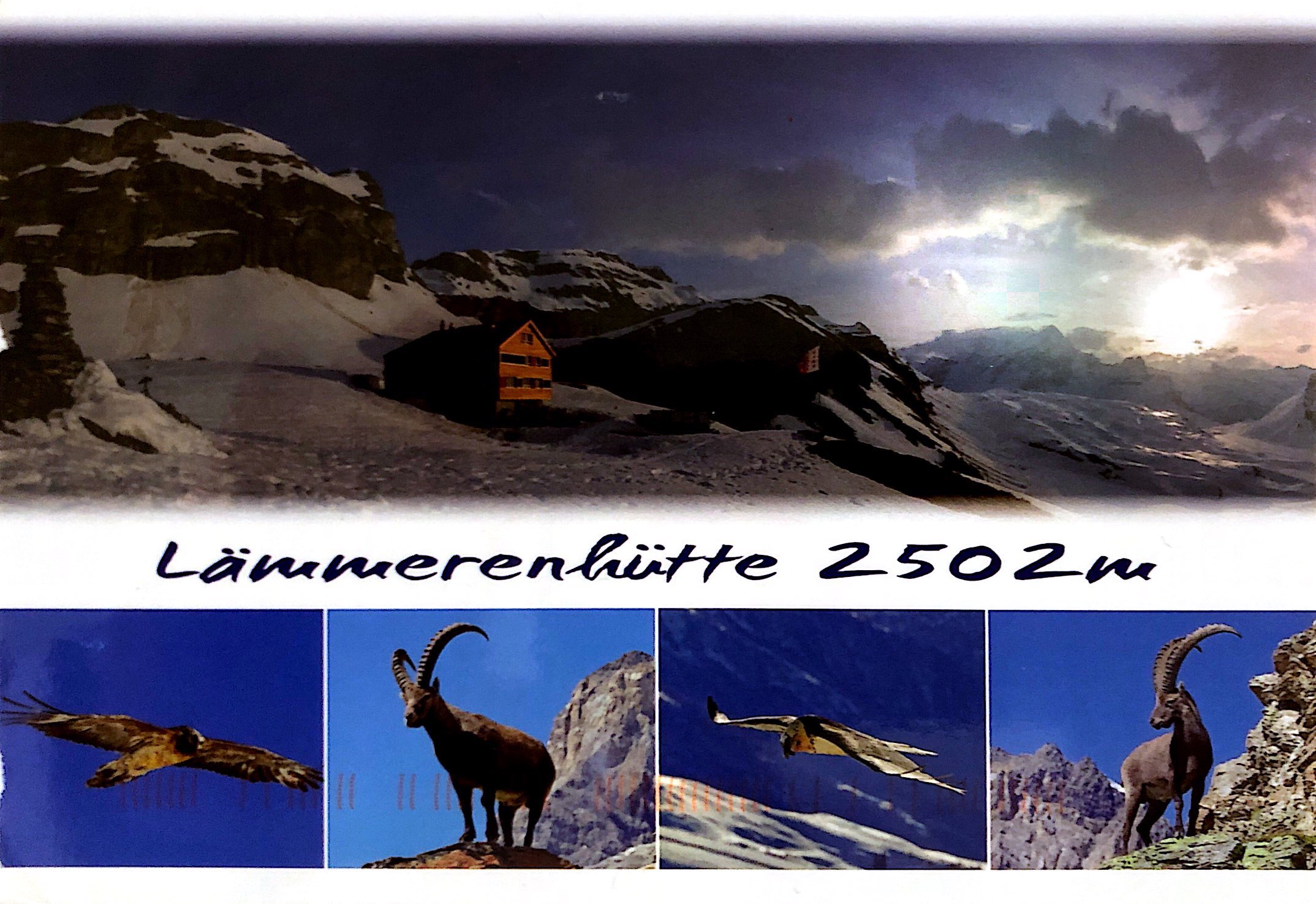 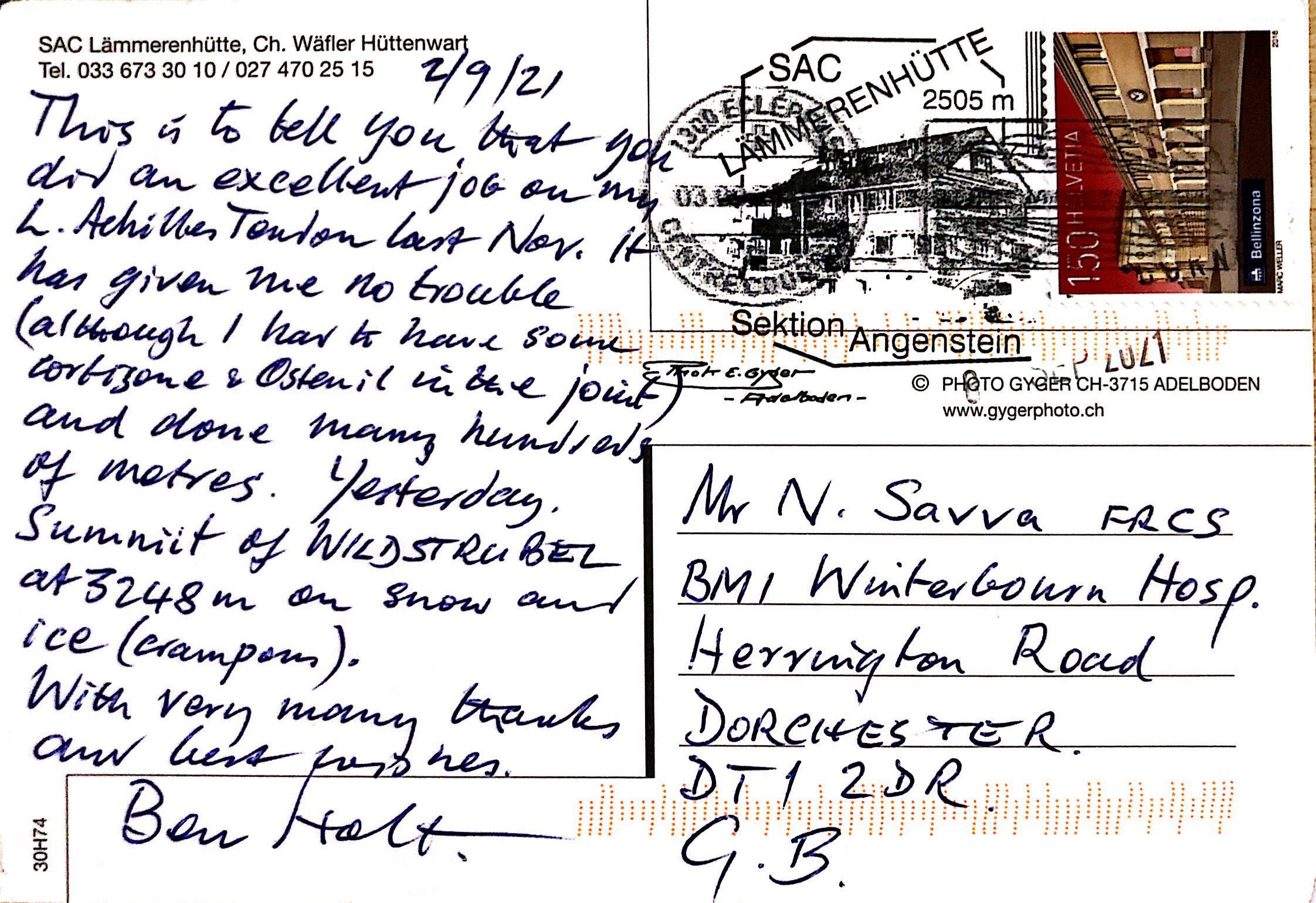 I fell whilst climbing a ladder on a via ferrata near Verbier in Switzerland, where I live, in July 2020.  I fell less than a metre I would say but as it was on to an uneven ledge my ankle went over.  It was not helped by repeating the mistake 1 minute later!  Lesson: Always carry a short lanyard with a karabiner to clip on to the ladder steps.  Fortunately, we were very near the end and I was able to hobble to the car and we were able to get to the doctor within an hour.  He confirmed that nothing was broken but the ankle was severely sprained.

It was only a few weeks later that the physiotherapist said she thought the Achilles Tendon was swollen and I should have a scan.  I did that in Switzerland and as a result the doctor sent me to have an MRI.  That coincided with my planned long visit to England so when I got to Sherborne, I arranged with the local doctor to go to the Winterbourne for the MRI.  When I rang up, the receptionist said, “What about tomorrow morning at 08.30”!  A no brainer!  The MRI revealed a severe partial tear of the left Achilles Tendon.  (I suspect that the tendon was not too badly torn in the original accident but subsequently made worse when it was in a weakened state).  I was able to see Mr Savva very promptly indeed and he operated on the tendon on 20th November.  I was only in the hospital for 1 night with no pain and was taken back to the house where I was staying with the leg in plaster.  Mr Savva had given me strict instructions that the leg was to remain ‘up’ for 2 weeks for 50 minutes in the hour; and that’s exactly what I did.

After the 2 weeks I was put in a ‘Vacoped boot’ and allowed to move about; and I hired an excellent ‘scooter’ called a Stride On which was much better than crutches.  This boot has a ‘ratchet’ at the back which is moved up one click every week to allow the tendon to stretch very slowly.  So, after 10 clicks and 10 weeks I was allowed out of the boot (to be worn night and day!) and was free to walk about.

I would like to add that the staff (reception, nurses, physios) at the Winterbourne were all first class.

I then returned to Switzerland and resumed the physiotherapy.  I was surprised by the lack of balance when on the injured leg; that took several weeks to recover.  And of course, there was a considerable loss of strength in the leg.  However, at no time did the tendon give me any pain at all.  The stitching job was really well done (and indeed the external scar was scarcely visible 9 months later).

Unfortunately, the arthritis which I already had in my ankle did not at all appreciate being immobile for such a long time and that is the only pain that I have had.  An injection of Cortisone and Ostenil in June 2021 was very effective and allowed me to get fit again and up some mountains.  In fact, I reckoned I had done about 6’900 metres of up (and down of course) – 22’700 feet – by the end of the summer including some work on crampons and reasonably difficult rock.